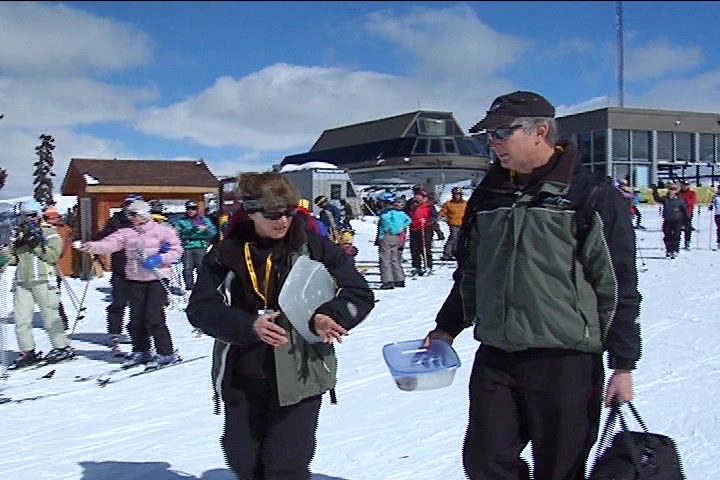 A 200-piece choir, a breath-taking sanctuary, and some of the most dynamic preaching that can be found anywhere in this country was what I found my eyes glued to one Sunday morning in a hotel in the cold mountains of Colorado. “Come on, we’re going to be late,” called my husband, but I couldn’t take my eyes away from the live stream of the worship service that was occurring 1300 miles away in my hometown. Just the fact that I was able to, in real-time, be a part of a worship experience in my own church while I was on vacation would be amazing to most people, but it’s something that I suppose I’ve always taken for granted. That’s not the case in most places around this country.

Nine people, a pastor with a passion, and a borrowed Lutheran church that seats about 50 was where I found myself later that evening. There was no choir, there was not even a podium for the pastor to use, but there was something special in that room. In a county in Colorado where an alarming percentage of the population is unchurched and a majority of those don’t believe in anything greater than themselves, this church was having a worship service. The church is called Encounter 5:21 and is led by two NAMB missionaries named Carla and David Tubbs. Their story is fascinating and their ministry is humbling to anyone they encounter. This is their story.

Carla and David are both originally from the Mississippi Delta and they met in high school. Like many people from the Delta, they love the outdoors. It only takes a few minutes after talking to David to learn that being on a motorcycle or making long rides on a mountain bike are the kinds of things that make them happy. That is why it was no surprise when they felt the clear call to surrender their lives to the ministry one Sunday morning at First Baptist Jackson when they felt that Dr. Frank Pollard was preaching directly to them when he said ‘go where God is calling you.”

When they recall other moments that confirmed their calling, the clearly remember a church ski trip to Crested Butte, Colorado. While on the trip they were looking for a place to worship on Sunday morning. They commented to each other “wouldn’t it be neat to serve somewhere like this.” They realized that every time they traveled to the mountains they were sad when they had to leave. That, alongside the many local mission projects that David had become very involved with back in Jackson, became the tipping point for stepping out in faith on a journey that would last for more than two decades.

They sold everything and moved to Colorado. “Was it easy,” I asked. “No,” replied Carla. “We had a hard time selling our house. It stayed on the market and became a burden after we moved. We also left a business that we had in Jackson that we were going to have to turn over to someone else. We had to completely trust God and trust that he would take care of every one of those details in his own time.”

Living in the mountains on a ski resort for two outdoor sports enthusiasts sounds like a dream come true and a fairytale, but David and Carla don’t exactly present it that way. They initially moved to Copper Mountain and they both had to get jobs to support themselves. A key fact in this story is that when the Tubbs moved, they were not receiving NAMB support. They were supporting themselves on this God-called mission of presenting the gospel to the lost people of Summit County, Colorado. David started selling cars and Carla stayed home and homeschooled Brett, their eleven-year-old. With some support from a church back home in Meridian, Mississippi, they knew they were doing the right thing, even though they quickly found out that people in Colorado were leary of ‘missionaries’, especially ones from the Bible belt.

Over the course of the more than twenty years in Colorado, the Tubbs have served hotdogs to campers in RV parks, conducted puppet shows for kids during the summer months, served hot chocolate to vacationers in the resort villages, provided live music in lodges, and much more. David is well known as the muffin-man because he has made a name for himself as the friendly guy who delivers fresh muffins to resort workers. Everything they do has an evangelical purpose. They want others to see Jesus in them.

In 1996, God sent them on a more specific mission. They moved to Keystone Ski Resort to start a church at the top of the mountain that would meet every Sunday at 1:30 during the busiest time of a skier’s day. “We meet at the top of the gondola in one of the biggest drop-off spots at the resort. Although we sing and have a short Bible study, the main thing we do is share Jesus. We literally meet people in that service from all over the world. We are humbled by many people as well. One Sunday a man came up to us and told us he was from an underground church in China. We get a lot of affirmation from people who stop by who are Christians, as well. They tell us they are encouraged that they can see God working in a place that is so highly agnostic. That encourages us. Of course, there are also occasional hecklers in the crowd, but that’s all a part of being in a ministry like this,” says David. “We always have a Christmas service, but our biggest service is Easter Sunday. We have as many as 300 worshippers on that day. In addition to the Sunday morning service, there’s also a Sunday evening service, which is the one that I was able to attend a few weeks ago. It’s humbling because they never know who will be in that service. While we were there a young man, not more than 25 or 26, walked in off of the street. His feet were soaking wet and he was hungry. He could have been anybody’s son and he was in desperate need of hope both physically and spiritually. It was humbling to watch David and other members of that church talk and minister to him. It was a true picture of the Church and what God is calling all of us to do as we meet people where they are to share the love of Christ.

“While you guys are worshiping in Jackson on Easter Sunday, we’ll be doing the same right here, except on the top of a mountain in Keystone in one of the most beautiful and splendid places on earth. We love knowing that our church at home is by our side and we feel the prayers and support and think of First Baptist Jackson often,” continues David.

David and Carla Tubbs are as passionate about their ministry as they were the day they moved there. “It’s a calling, and one we will listen to as long as we hear it.”