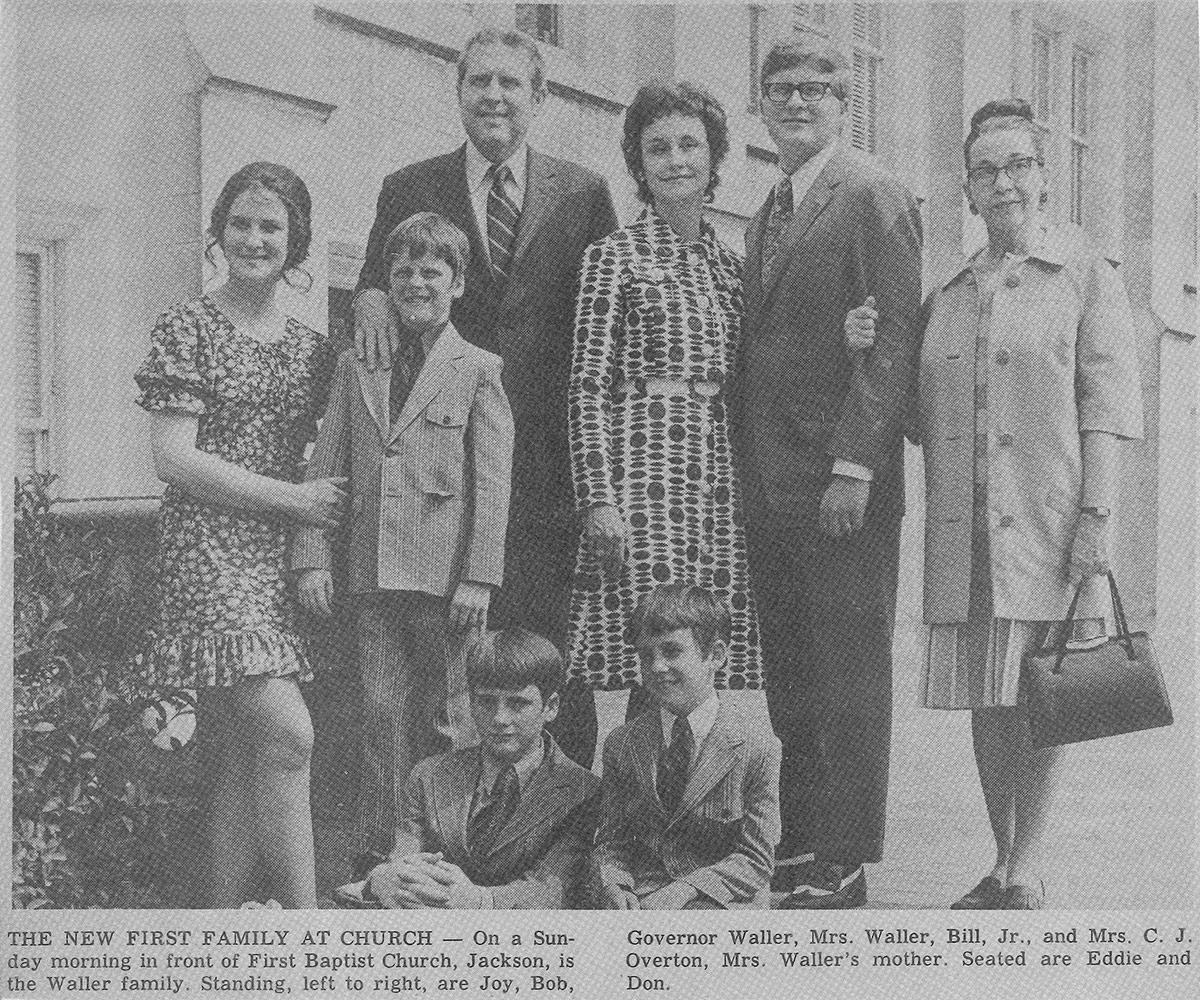 There are few things more fun for a kid than having unlimited access to an old mansion full of mysterious rooms (that you aren’t supposed to go in), dumbwaiters, and numerous places to get lost and hide. That’s just the life that Don Waller had when he was a kid. Don’s father was the Governor of Mississippi from 1972 – 1976 and the Mississippi Governor’s Mansion was his ‘fun house’ for the last several months of the Governor’s tenure in office. “We’d have Spend the Night parties and do a lot of things we weren’t supposed to as kids, but I have great memories and wouldn’t trade them for anything,” says Don.

The Mississippi Governor’s Mansion is located in downtown Jackson and because of his childhood experience there, Don has a special attachment and fondness for the downtown area. “Primos was just across the street and we’d go there and get donuts. The current Eudora Welty Library used to be a Sears and we’d sometimes skip church and go there to play. There was even a Steak and Egg. It was such a great place to grow up.”

Don remembers the Christmas parades, the Rodeo parade and even the St. Patrick’s Day parade. “Downtown Jackson was a great place then, and it’s still a great place now.”

Downtown Jackson became home for the Waller family more than a century ago when in 1886 A.C. Watkins, Don’s great grandfather, was ordained as a minister in Jackson. After a ministry in Mexico, he found himself in Jackson teaching at Mississippi College. His grandmother, Edith Burton was born in 1900. This family became a part of First Baptist Jackson in the early 1920s when she married Dr. CJ Overton. She taught a large Young Professional ladies Sunday School class and to this day her grandchildren and great grandchildren are quite visible in just about every ministry at First Baptist Jackson. From teaching Sunday School to teaching physical fitness classes to Boy Scouts, there’s someone with the last name of Waller on just about every roll.

Carroll Overton, Don and his three brother’s mother, was a member of First Baptist Jackson her entire life. It was there that she met the future Governor of Mississippi and it’s there that they started their lives together.

When you’re in a church that long, your life intersects with so many other special people and bonds are formed that can’t be broken. For example, Paul Moak’s mother (a four generation family in First Baptist Jackson) was a member of Edith Overton’s Sunday School class and Paul clearly recalls the impact that Mrs. Overton had on his mother’s life. Dr. Overton hired a young man named Red Simmons as an associate in his chiropractic clinic and he had a son named Rixon, who is an active member of the church today along with his twin son’s Franklin and Hardy (who, incidentally, are members of a Sunday School class called Young Professionals.) A young chap named Bobby Boykin delivered newspapers to Dr. Overton’s office and this same young man can be found any given Sunday greeting guests and serving as an active deacon and member of today’s Building and Maintenance Committee. “The relationships that you form when you’ve been in a church as long as our family has are priceless and we’re grateful,” says Don.

In an age when the trend for churches is to move to the suburbs and ‘go where the people are’ is the prevailing theme, First Baptist Jackson has done the opposite. Situated in the heart of downtown Jackson, First Baptist Jackson has remained a constant presence. “We are where we need to be. It’s so easy today to move and go where everybody looks like you, but we haven’t done that. A downtown church like ours has the opportunity to minister to a lot of people who need Jesus. We are positioned to make a real difference in people’s lives. As long as we are a spirit-filled church we can do that in downtown Jackson, and that’s what I love about our church. It’s not just a beautiful building, it is beautiful because when it’s filled with Godly people we can meet the needs of people who need Jesus,” continues Don.

“One of the funniest and most memorial relationships that we’ve made at First Baptist Jackson involves a man named Steve Stubblefield,” says Don. “When my dad would walk into the church, Steve would say to his parents, there’s George Washington and his mother. We still laugh to this day about that.”

Remembering the past is important, but building for the future, especially the Kingdom future, is more important, and that is why the ARISE campaign is important to this family. “We have an opportunity to change downtown Jackson and to reach people who need Jesus right where we are. That’s why the future of First Baptist Jackson is important to us and that’s why we want to be a part of moving forward through ARISE.”

To learn more about the ARISE campaign, visit firstbaptistjackson.org/arise. 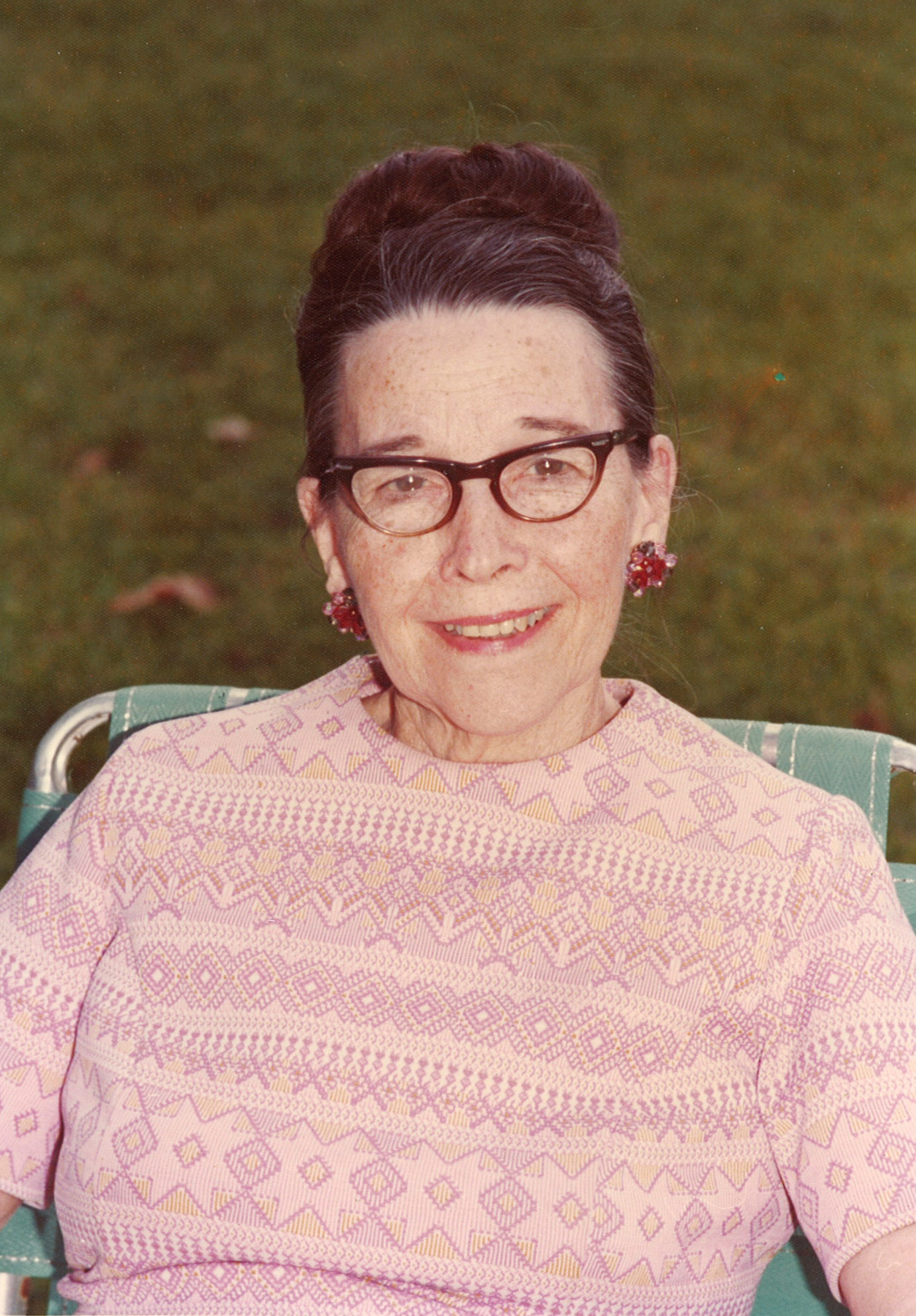